The Revd Dr Joe Cassidy, Canon of Durham, Principal of St Chad's College, and sometime member of the Society of Jesus, RIP 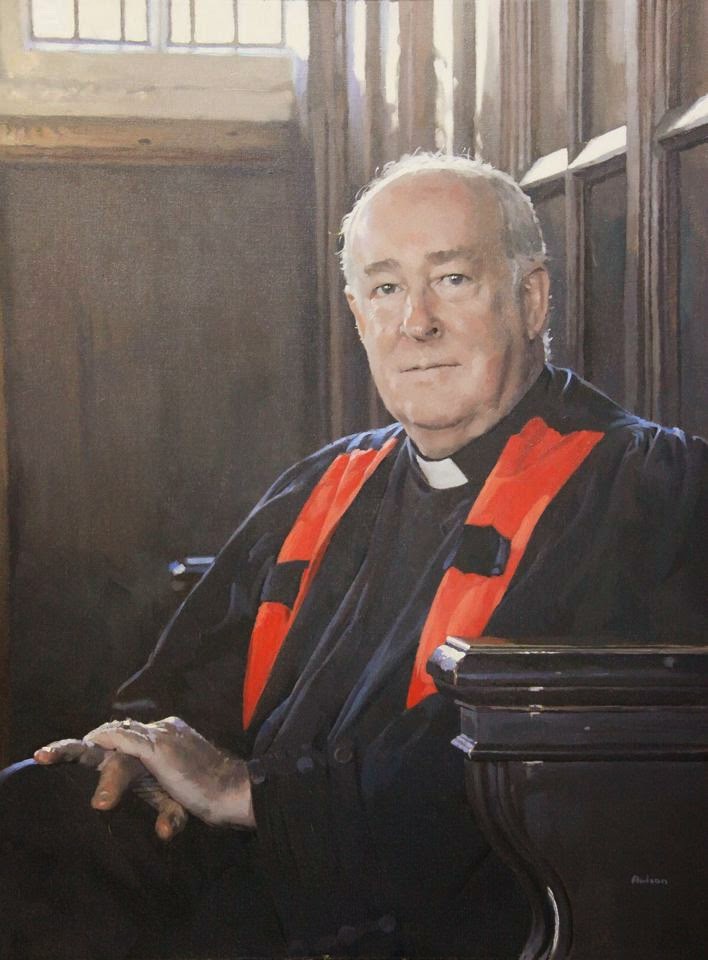 The wonderful, kind, excellent and inspiring Canon Dr Joe Cassidy, principal of St Chad's College, Durham has died after a heart attack that he and we all thought he was steadily recovering from. May his memory be eternal! Joe has been vitally important not only for those who were at St Chad's in his time, but also for us who there before and had been worried so many times that it might not survive. Friends will know that my achievement during my time at Durham was hardly illustrious, but I loved St Chad's for everything it gave me, including a formation and a challenge that bore fruit later and that have shaped me from that day to this.

After many years of cyclical decay, restoration, implosion, improvement and perennial uncertainty, one wondered how on earth St Chad's could last as a credible academic body with a distinctive Church tradition in a higher education institution, itself facing the challenges of modernisation and harshly competitive economic realities. Then along came Joe. Scarcely a term went by without news of a new record being broken - highest retention/completion rates, no 1 of the Durham colleges for applications, highest number of firsts and 2:1s, new eminence in the SCR, an MCR, financial stability, ambitious new building projects, expansion, 6% reduced energy consumption more than any other college in the university, and - at last - a positive engagement with the alumni that tapped into our ready response with enthusiasm, resource and renewed pride. It was an honour to be drawn into Joe's St Chad's project, and to note that the vital element of what made St Chad's what it was "in our day" was still there - a community of people living, learning and working together, and still rooted in the inspiration that had founded it as a place for those who didn't fit in, or couldn't afford to go, anywhere else, namely its distinctive and even at times ever so slightly eccentric Christian Church tradition.

I once told Joe that Chad's was now so good that it would have been impossible for me nowadays even to hope to be given a place. His reply was gracious, humbling and disarming; and I cast my mind back to the interview with Fr Fenton on the floor with his back out, and then the searching hour with Fr Johnson under the glare of his desk spotlight back in 1976, leading me to resolve to go nowhere other than that ramshackle, sideline of a place - with its prefab chapel and John Cosin woodwork, and an organ scholar but no organ - in which it was clear to me that real humans lived and where I might hope to become one. Joe has understood and maintained this sense of personality in the College, which is why he is loved, thanked, admired and sorely missed now that it has become the magnificent beacon that it is today. I strongly suspect that, had he been Principal in the late 1970s, I would have worked very much harder than I did, not just to do the best I could in the environment he animated, but also because he was so intently interested in the minds of other people and wanted the best from them, and for them.

Joe - thank you for giving us back something precious in St Chad's that we had either lost or had not quite had the first time around. And may your memory be eternal!
Posted by Mark Woodruff at 23:16

Welcome to Mark Woodruff's homepage - for his writings and thinking on Social Development and Civil Society, Christian Unity, Church history and theology, various essays and addresses, and some of his music from over the years.

Gradually the present rudimentary form of the collection will be overcome.